Why you shouldn’t trust online maps 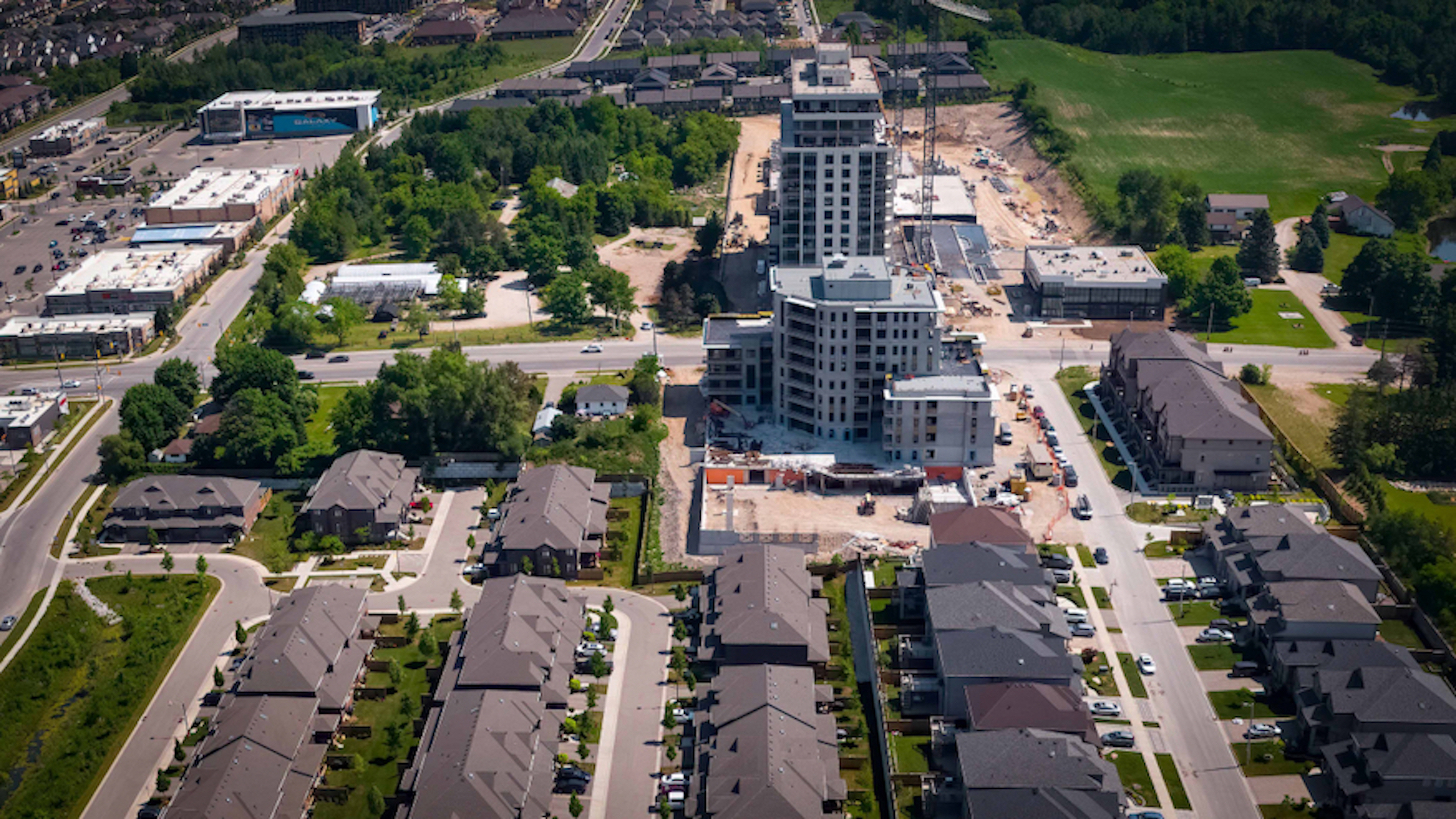 In the previous post about Title Insurance, we describe unfortunate situations that occur on a regular basis. Sometimes these issues come to light when owners come across one of the growing number of websites that show properties on an aerial photograph or image. Several municipalities, conservation authorities, and various provincial agencies have mapping sites where you can check everything from zoning to garbage collection schedules. If you haven’t discovered any of these sites yet, try searching for something like: “County of [fill in the blank for your county or region] property map“.  You may see something like this:

If you were the owner of the home with the pool in the contrived example above, you would likely be concerned. Before you go into a full panic though, let me assure you that these online maps are not reliable.  Creating these maps presents many challenges, and making them accurate would be very expensive and as such, not a high priority.  However, members of the public tend to believe that what they see on an official government site must be correct, so when maps like this were published, it doesn’t take long for phone lines and inboxes at legal and municipal offices to become jammed with messages from concerned residents with lots of questions.  In some cases, people don’t make the phone calls at all but simply rip down the fence which was clearly encroached way over the boundary.

To solve the problem, the various agencies more or less took the same approach: They hired companies to adjust the lines so that they looked like they were in the correct spot.  The area depicted above would come back looking more like this:

I have to agree that the revised map looks much better.  In most cases, it likely is a better picture of reality.  As a Surveyor, I also see danger!\

When most people view the first map, the most common reaction is “Well, that’s obviously not right!”.  Not surprisingly, when people see the second map, they will immediately see and accept the fact that all is as it should be. After all, they are looking at a map produced by some reputable government agency.  Why wouldn’t it be right?

The answer to that question is obvious: It was produced by someone with the simple objective of making it look right.  They were not asked to make it accurate. There have been too many times when I have completed a survey which has shocked owners because it didn’t agree with the online map. The typical reaction is that my survey must be wrong because it doesn’t agree with what people expected, and it also doesn’t agree with the online map.  In these cases, I get to be the one to tell them that they have been duped.  The online map was created simply to agree with what they would have expected. If you are considering a purchase or building a pool my advice is don’t trust the online map.  It will only show you what you want to see.  It may sound like a fairy tale, but in this case, it’s reality!

These series written by Ron are here to help understand the complexities of properties. We are only a phone call or email away and are happy to answer any questions you may have.

Share It
0 Comments
3 Steps To Take Before Building a Fence on your Property
August 19, 2021 0 Comments
Title Insurance
August 4, 2020 0 Comments